As a donor and parent of an individual who receives services from The Arc Jacksonville, I am writing

this letter in the hope that you will join me in supporting The Arc Jacksonville and I am excited to share that all donations will be matched dollar for dollar thanks to the generosity of an anonymous donor!

Twenty-three years ago, my son Randy was born with Down syndrome. I had no idea what that would mean for him or how I would help him navigate the world. I read as much as I could to see if I could figure out what the future might look like for him. It was scary. I thought Randy?s future would be so very different from the future of other kids and young adults. I just couldn?t imagine then that the similarities and opportunities would far outweigh the differences.

In 2014, Randy and I first arrived in Jacksonville from South Florida. Randy had never lived independently, and he really had not been asked to do many things on his own. ?Randy began in The Arc Jacksonville?s four-week Summer LIFE program to get an understanding of living somewhat on his own before he started their college experience program.

I remember those first days so very clearly. The questions seemed never ending–is Randy eating; does he have friends; is he lonely; has he given his money away; does he have clean clothes on; how can he live on his own; is he exercising; is he acting appropriately; is he eating expired food; what if he has a cold or gets sick, etc.? These and so many other questions went through my mind every day. And every day, The Arc Jacksonville was there to assist him. Some days were great; some days were learning experiences and opportunities to do better next time ? just like any other college student. But always, The Arc Jacksonville was there not just to help Randy, but to teach Randy to help himself.

Randy participated in the Summer LIFE program for four weeks, living with two roommates and a mentor in his apartment. He learned to cook, clean, be respectful of his roommates, care for his belongings and have fun at summer outings. It was like summer camp, but with the unspoken goal of preparing him to live on his own in the dorm at the University of North Florida in a few short weeks.

Randy graduated from the LIFE program and shortly returned to attend the On Campus Transition program at UNF. He lived in the dorm his first year. He had a roommate from the OCT program and a mentor, who was a UNF student. It was the stereotypical freshman experience, and without really knowing it, Randy was furthering his independent living skills, much like any other freshman.

He talked with his mentors about eating healthy foods, spending money within his budget, doing his laundry regularly ? instead of large loads late at night when he was out of clean clothes — making friends, dealing with relationship issues, and so many other things. He was so excited to be a college student and loved attending classes on campus. Randy truly excelled at the college experience, attending basketball, baseball, and volleyball games, and joining clubs. Randy was indeed a part of campus life, and The Arc Jacksonville was there to guide him at every turn, helping him grow, learn and stay safe.

Sophomore year, Randy moved into an apartment, with new roommates and responsibilities. That year, The Arc added internships and work experiences along with employment coaching to help Randy prepare for the day that he would transition into independent living including a job search.

Randy?s Junior and Senior years, ultimately, were times for continued exploration on the path to independence. There was a first girlfriend, true love, and heartbreak. There were best friends and new friends, crowning Randy Mr. UNF, and graduation from the OCT Program after four years of a very full college experience. And, The Arc Jacksonville was there with him each step of the way, much like a caring parent, but knowing when to back off and let Randy step out and either succeed or fail on his own.

The week after graduation, Randy moved into The Arc Jacksonville Village. He has his very first apartment that he furnished, and he manages his life with the support and assistance of The Arc Jacksonville. He makes his own decisions and chooses what to do each day, has his own friends, and lives his life the way he wants to live it, which includes interning at The Arc Jacksonville as a Marketing and Development Intern. When Randy talks about his internship, his eyes light up and his face beams with pride and self-worth. You can see how honored he is to be an intern for The Arc Jacksonville, an organization that has provided him with so many opportunities to be independent and to have his very full life.

I am in awe, inspired and grateful to The Arc Jacksonville. I could never have fathomed a life so full of firsts for Randy that are similar to the firsts of any college graduate ?both good and bad, easy and hard, accomplishments and failures. We all have them, even Randy. But thanks to The Arc Jacksonville, Randy has the resources to achieve all the good and handle the not-so-good. And he is so very happy in his very full life. What more could a parent want? I am inspired that with the help of The Arc Jacksonville, Randy will continue in his incredible adventure.

As a mom, I am grateful for the services and programs provided by The Arc Jacksonville. Without the tireless work and efforts of this wonderful and forward-thinking organization, Randy would not be in living his independent life to its fullest.

For all of these reasons, I donate monthly to The Arc Jacksonville, because of all they have done and continue to do for my son and for other young men and women like him and because The Arc Jacksonville made the fears of a scared mom much less scary. I sincerely hope you will join me in supporting this amazing organization that is making the dreams of so many people with intellectual and developmental differences become realities.

Donate to The Arc Jacksonville 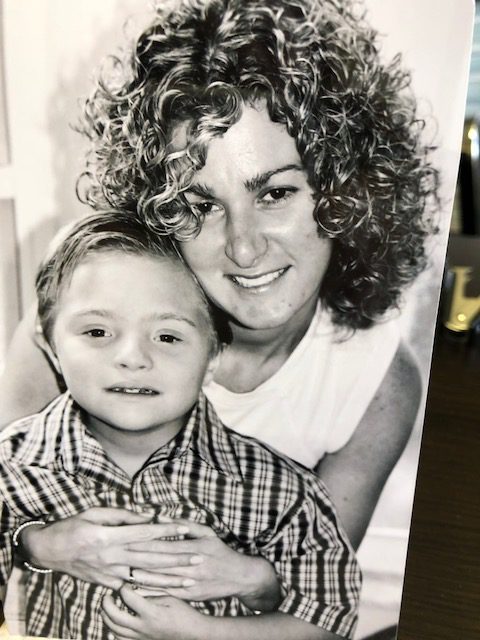 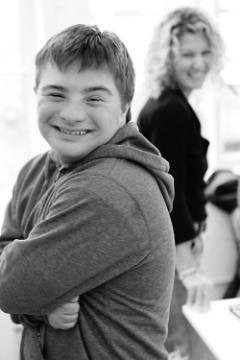 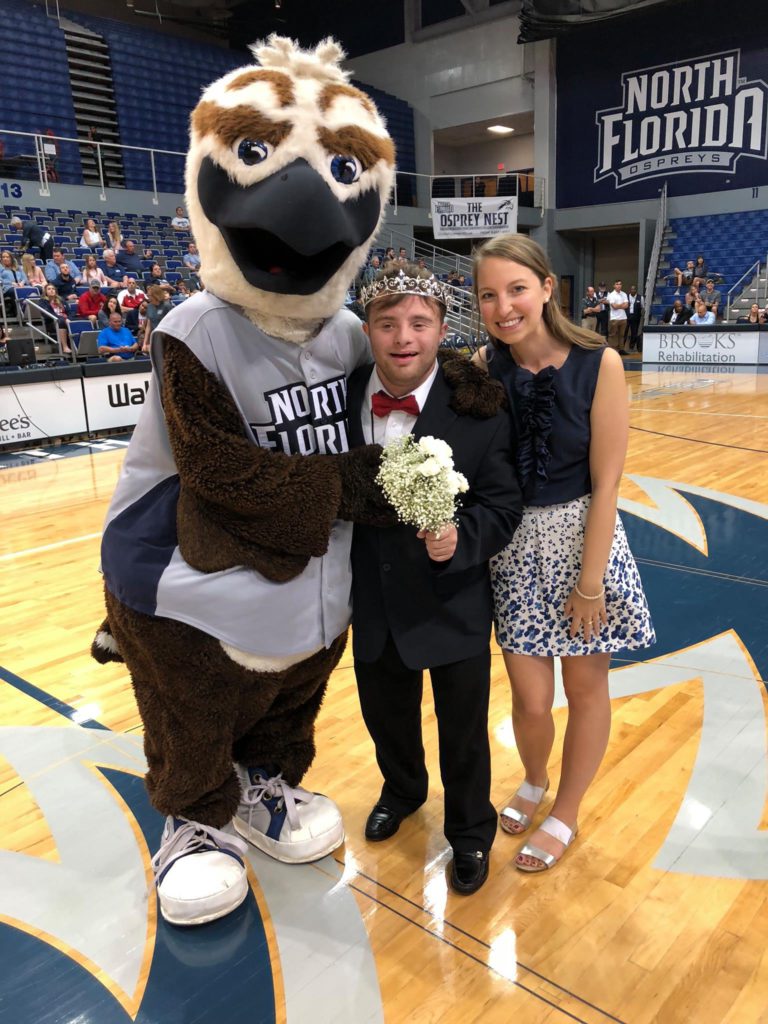 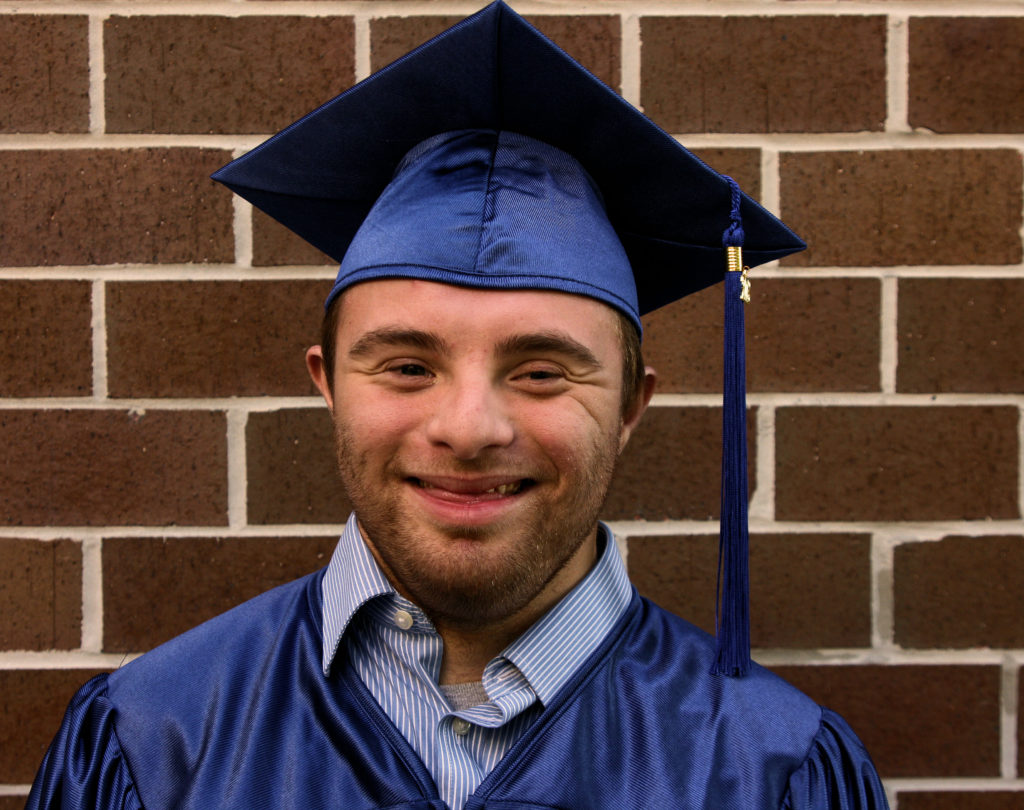 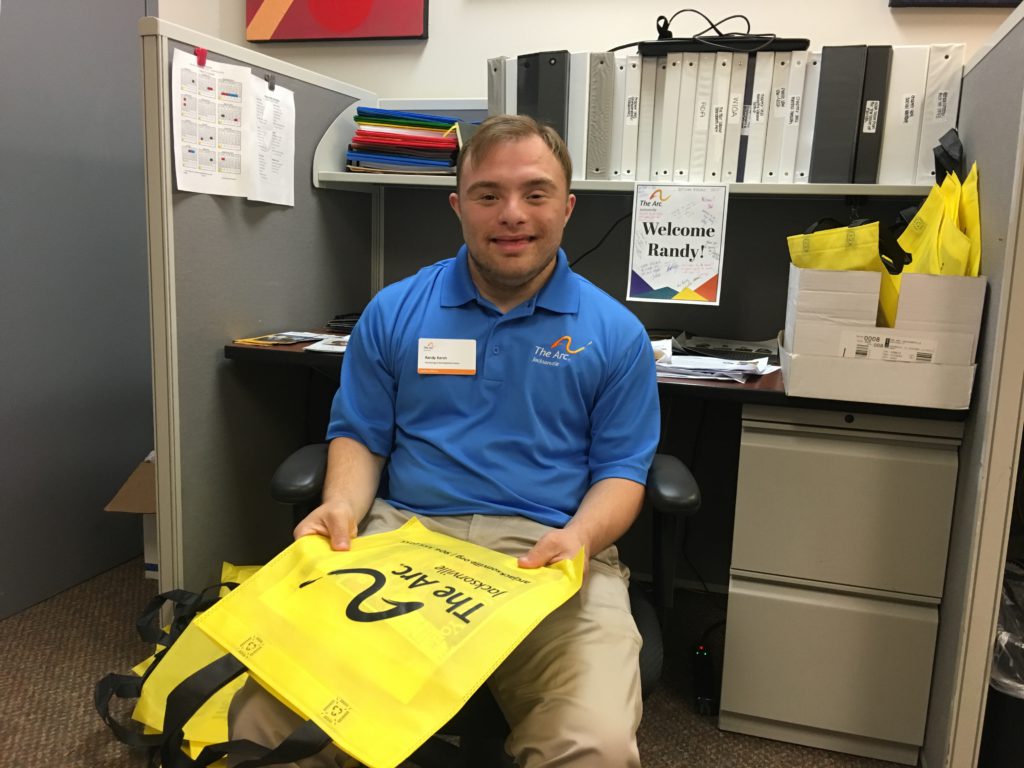 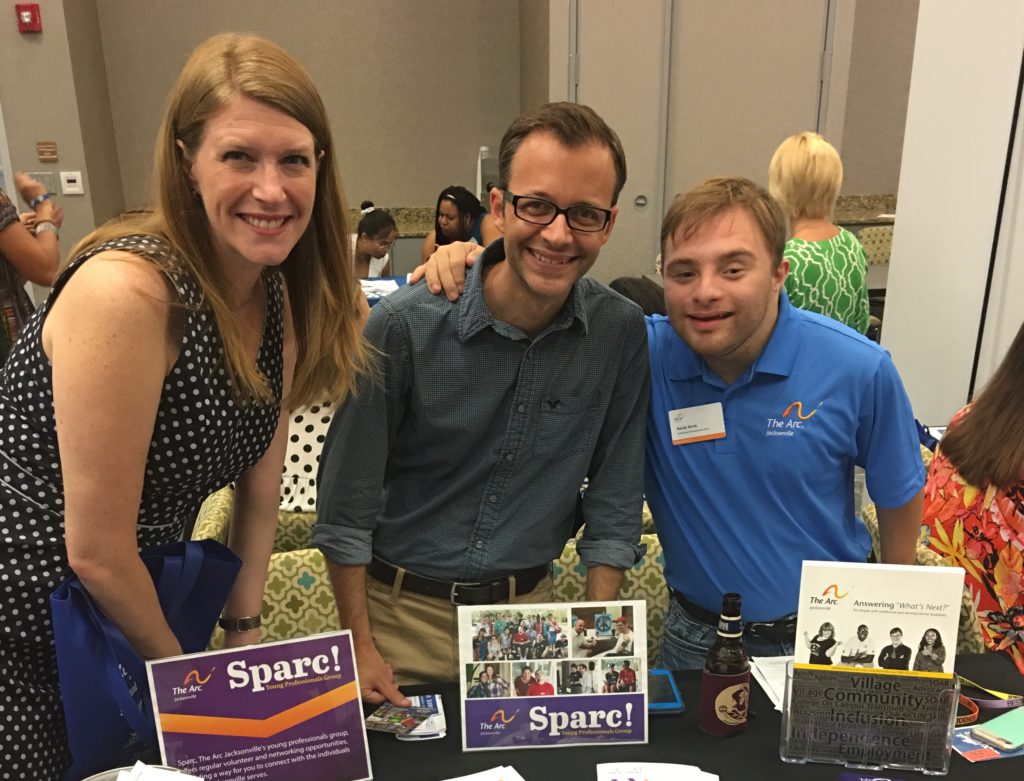 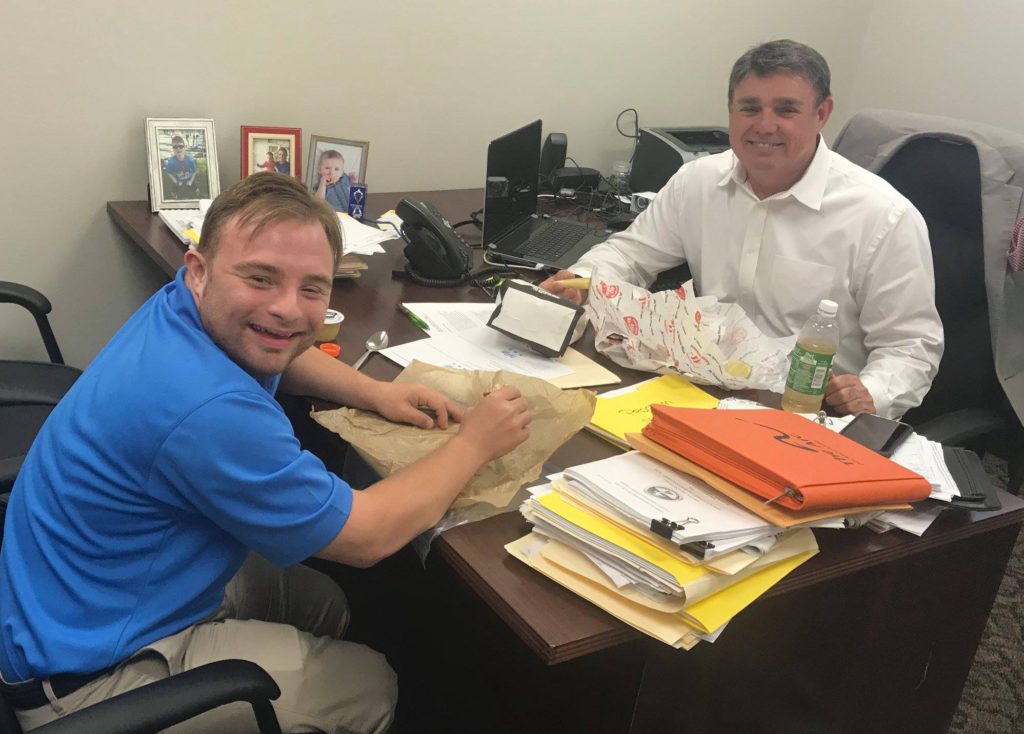 Make a donation to The Arc Jacksonville